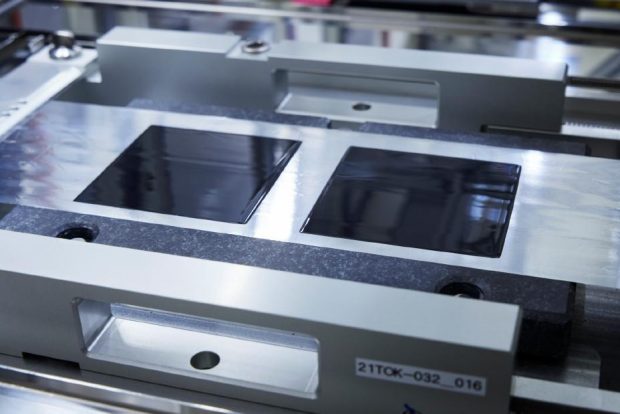 Even if the first electric cars were built in the 19th century, research is still in its infancy. Because the breakthrough of the combustion engine caused a long pause in the development of electric vehicles. So it is by no means certain that the solutions used today will also be used in the future. An example can be the used battery. Today, almost all car manufacturers rely on lithium-ion batteries. In terms of basic technology, it is therefore the same energy storage device as, for example, in smartphones. However, research on other approaches has also been underway for some time. An example of this: the so-called solid-state batteries. The ions are not transported with the aid of liquid electrolytes, but a solid substance is used. For example, Daimler has equipped the eCitaro G city bus with this technology. Volkswagen, in turn, plans to build its own factory. The same goes for the Japanese car manufacturer Nissan.

He has now announced that he will begin setting up a first pilot production facility. Valuable experience must be gained here in order to gradually expand production volumes. If all goes according to plan, solid-state batteries could be installed in Nissan electric cars by 2028. The developers expect three major benefits:

1. A Higher Energy Density: Specifically, this should be about twice as high as with current lithium-ion batteries. For drivers, this means considerably more range.

2. Lower loading times: Here two effects come together. On the one hand, solid-state batteries can generally be charged faster. On the other hand, Nissan also relies on 800-volt charging stations. This is also possible because the new batteries ignite less quickly.

3. Lower Cost: Because less valuable raw materials are needed, the necessary expenses are also reduced. Nissan is targeting a cost of $775 per kilowatt-hour by 2028. At some point, this value should even drop to $65.

Nissan has been researching new storage technologies for years

Nissan could even be the first automaker to adopt the new technology on a large scale. The Japanese benefit from their years of research work. This is not limited to specific applications in the field of e-mobility, but starts at the molecular level. The big challenge now, however, is to master the step to mass production. The chosen time frame of at least six years shows that this task at Nissan is not underestimated either. In theory, however, solid-state batteries offer the opportunity to convince even more people of an electric car. Because the oft-cited fear of scope can at least be further mitigated.