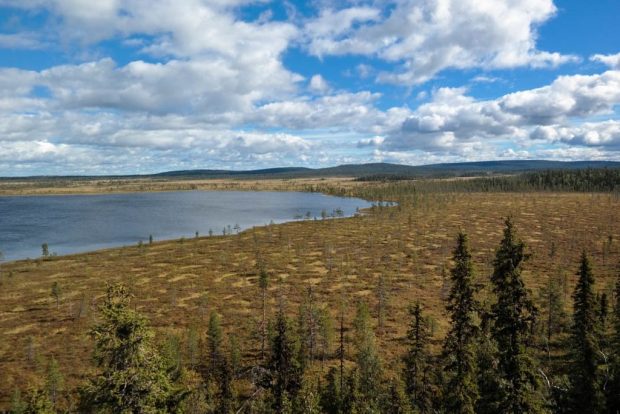 Climate and environmental activists often view the extraction of raw materials with mixed feelings. On the one hand, they are often unmissable. Electrification of road traffic, for example, is only possible with the help of large batteries. However, this requires large amounts of lithium, among other things. On the other hand, mines and quarries are also a major encroachment on the local ecosystem, often leading to conflict. This can currently be observed in northern Sweden, near the town of Jokkmokk. A British company wants to extract iron ore there in the future. However, the local government refused to agree. The fear of the untouched nature, which also attracts many tourists, was too great. The same goes for the label as a World Natural and World Heritage Site by UNESCO. The company in question therefore turned to the national government and found open ears.

The regional government doubts the profitability of the project

Because although many environmental protection organizations pushed for a refusal, the project was eventually approved. This was justified in two ways. On the one hand, reference was made to the economic opportunities for the region. However, here are doubts. For example, a maximum of about 300 jobs should be created. Income for the public sector is also relatively low. While mining companies in countries like Canada and Australia have to pay concession fees between three and seven percent, the Swedish state is content with considerably less. At the same time, however, investments need to be made in public infrastructure to make the project possible. Roads and power lines are needed, among other things. Apart from the concern for the environment, the regional government therefore doubts whether it is a good deal for the state. The responsible economy minister, Karl-Petter Thorwaldsson, put forward a second argument.

The mine is located in the Sami settlement area

He sees the mine as a contribution to climate protection. Because the ore that is mined there is needed for the production of batteries for electric cars and green steel, he says. Swedish climate activist Greta Thunberg, among others, contradicted this. She points out that there is already enough iron ore available on the world market. A new mine is therefore not necessary. But the project has been criticized for a different reason. Because the mine is located in the settlement area of ​​the Sami. They operate there with, among other things, reindeer hats. Critics therefore see the planned mine as an infringement of the rights of the indigenous population. The government, in turn, tried to solve this problem by linking the permit to compensation for any damage and costs to the seeds. Whether this will be enough remains to be seen. In Norway, the Sami received legal means that a wind farm worth 1.1 billion euros had to be dismantled again.