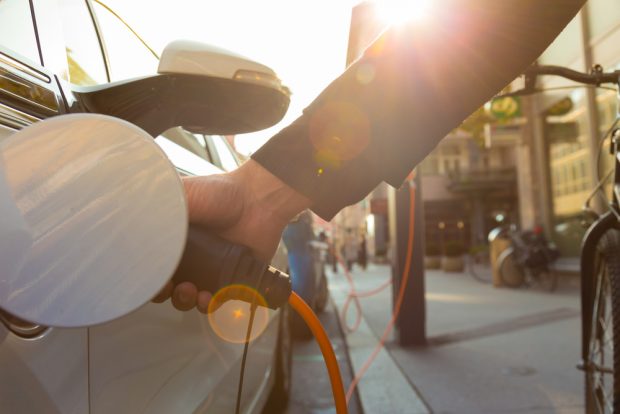 The transport sector plays a significant role in achieving the German climate targets. There has been controversy for some time about the comparison between the environmental balance of conventional drives, purely electric drives and hybrid concepts. The Fraunhofer Institute is now contributing to the debate, certifying that electric cars have the best climate balance.

In the study, the Fraunhofer Institute for Systems and Innovation Research examined the effects of the German climate targets in the transport sector. According to the calculations, battery electric vehicles (BEV) already have the lowest greenhouse gas emissions – even if the current electricity mix is ​​used as a basis. An electric vehicle purchased in 2020 halves greenhouse gas emissions compared to a petrol engine. With the increasing share of renewable energy in the electricity mix, this will increase to an emissions benefit of about 60 percent by 2030. And even if the targets in the electricity sector are only partially met, BEVs and plug-in hybrids will have a significantly better climate balance than petrol engines .

Speaking of plug-in hybrids: according to the Fraunhofer Institute, they can contribute to reducing greenhouse gas emissions in the short term, if they drive at least 40 percent of their journeys electrically, but only make sense in the medium and long term if they also use synthetic fuels are exploited. The experts therefore rate such vehicles as bridging technology.

Electric cars: still the most economical despite battery change

In addition to the ecological balance of the drive technologies, the researchers also examined their economic efficiency. They looked at total costs, including acquisition and use, from an economic point of view. In the short, medium and long term, BEVs proved to be the most economical option here too – even if it is assumed that the battery cells will need to be replaced mid-life.

The situation is different with synthetic fuels and their use in combustion engines. Due to the high costs involved, they are not economically feasible now or in the near future, according to the researchers. Vehicles with fuel cells, on the other hand, are hardly available today and can only play a role in the future in supplementing battery vehicles in the freight sector. However, the Fraunhofer Institute team assumes that they will remain a fringe phenomenon in the future, so they lack the economies of scale to bring them into a range comparable in total cost to BEVs.

Ecological costs must be reduced through progress

All investigated alternative drives have one thing in common: their ecological costs in the manufacturing process are too high. Compared to conventional powertrain technologies, electric cars, plug-in hybrids and hydrogen cars consume too many resources, especially raw materials such as lithium, cobalt or platinum group metals. However, research in this area is currently being heavily promoted, so improvements can be expected. †All over the world, there has been strong growth in patent and trademark applications in the field of alternative drive technologies for several years now“says Dr. Luisa Sievers of the Fraunhofer Institute.

In the medium and long term, companies should strive to be involved in all key value-added stages of alternative drive technologies. In addition, the accelerated expansion of the charging infrastructure must be stimulated. According to the researchers, the development of a strategic total concept for autonomous mobility is also necessary. Sustainability and, for example, car-sharing models must be explicitly taken into account.