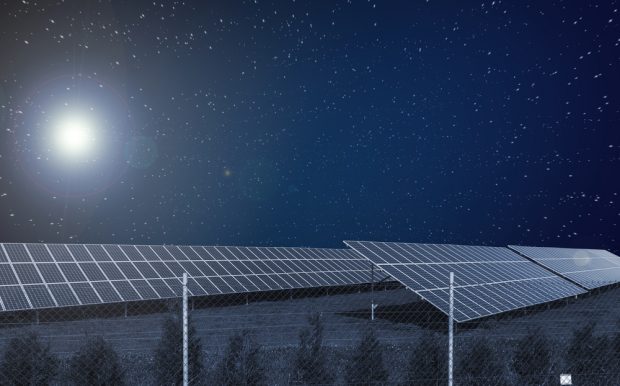 Solar cells are made for sunshine, hence the name. As is known, the energy yield drops quickly on cloudy days and sharply to zero at night. For homes that are not connected to the electricity grid, this often means switching on an expensive battery that has to be discharged after a relatively short time. In fact, about 1 billion people in the world live without regular electricity. Electrical engineer Sid Assawaworrarit thought of her as he and his team worked on his invention. Now it is here: the solar cell for »24 hours a day«.

The American research team at Stanford University in California has equipped solar cells with a thermoelectric generator that lasts much longer than ordinary batteries. It uses the effect of nighttime infrared radiation: the modules, which are heated by sunlight during the day, emit photons at night and cool down in the process. This radiation is lost in the night sky if it is not collected. On clear nights, when the clouds do not reflect the IR radiation, high temperature differences of a few degrees especially play a role. The generator extracts the energy from the heated ambient air and feeds it into the pipes.

At night, up to 2 watts per square meter is possible

Theoretically, such a system can deliver up to 2 watts per square meter of off-peak power if optimized accordingly. In bright sunlight, however, solar panels deliver about 200 watts per square meter, or 100 times as much energy. The generator solution is a long way from a grand electricity harvest, but most people still need significantly less energy at night than during the day. And: The system is primarily intended for households that would otherwise be left empty-handed at night. According to the motto, 2 watts is better than nothing.

About 10 percent of the electricity generated worldwide comes from solar cells. The US research team believes that global demand with PV modules can be covered 100 percent if there are enough. This new development should be understood as an impetus to enter previously unknown paths to move the developments forward.