Surgeons from the Center for Musculoskeletal Medicine of the Westfälische Wilhelms-Universität (WWU) Münster have succeeded in performing fully robot-assisted microsurgical procedures. This is the world’s first use of this new surgical method, which is a great success for medical digitization.

Working with the robot on the smallest anatomical structures

The team around private tutor Dr. Maximilian Kückelhaus and prof. dr. Tobias Hirsch of the Center for Musculoskeletal Medicine at the Westfälische Wilhelms-Universität (WWU) in Münster has developed an innovative surgical method that uses a surgical robot specially designed for microsurgery, which is coupled to a robotic microscope. In this way, the surgeon can be completely disconnected from the operating field.

The procedure has now been in use for two months and a total of five successful interventions have been performed. “The new surgical procedure allows us to work much finer and more precisely than is possible with conventional surgical techniques. As a result, less tissue is destroyed and recovery is faster“, says Kückelhaus. The procedure can be used, for example, for complex breast reconstructions in breast cancer patients or for complicated tissue transplants. Using the combination of surgical robots and robotic microscopes, doctors can detect even the smallest anatomical structures, such as blood vessels, nerves, or lymphatic vessels, which often have a diameter of only 0.3 millimeters, reconnect.

The robot used is the so-called Symani Surgical System. This takes over the movements of the operator’s hands during the operation via an electromagnetic field and joysticks. The robot can perform the movements with a reduction of up to 20 times and with the help of small instruments. He manages without any vibration. The robotic microscope comes from the company BHS Technologies and displays the operating field via a VR headset. The surgeon’s head movements can be recorded and transmitted to the operating robot. In addition, various functions of the robot can be controlled via head gestures without having to use the hands.

In addition, the operation can be performed by the human side in a sitting position. “This technique protects us from fatigue so that concentration can be maintained much better for many hours. In initial studies into the systems for use in the OR, we have already been able to demonstrate the positive effects on the quality of operation and ergonomics.”, says Tobias Hirsch, professor of plastic surgery at the University of Münster.

More surgeries are planned for the near future. Data is collected, which is then evaluated in scientific studies. “ With the new procedure, we hope not only to be able to operate more accurately and safely, but also to be able to exceed the limits of the human body on the smallest structures. The disconnection of the operating table can also make it possible that the surgeon no longer needs to be on-site at some point. For example, an expert can perform special operations in many locations without having to travel, Kückelhaus said. 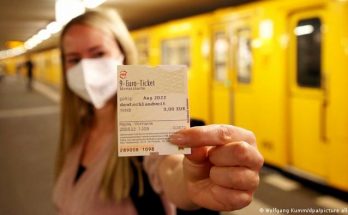 Future – A smart garden that takes care of itself 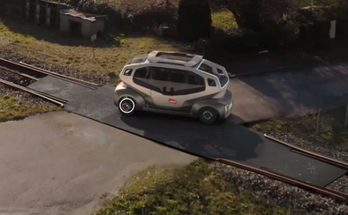